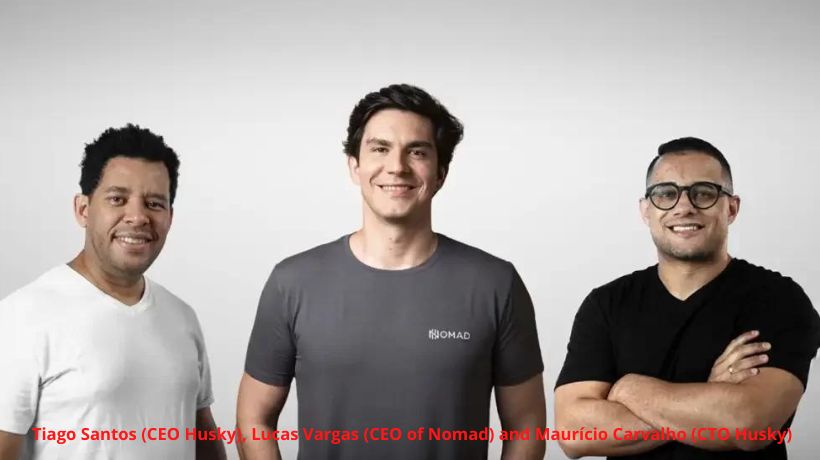 The purchase of Husky comes six months after Nomad raised $32 million, in a round led by Manhattan-based Stripes with follow-on by Monashees and Spark Capital funds

Fintech Nomad buys Husky in an announcement to close the loop of servicing the banking needs of Brazilians who want to bank in the U.S. and now, with the acquisition, providing financial solutions for Brazilians who need to easily transfer funds from the U.S. to Brazil.

The acquisitions comes 6 months after Nomad raised $32 million in an investment round led by Manhattan-based Stripes with follow-on by Monashees, Spark Capital Propel, Globo Ventures and Abstract investment funds to reach 1 million accounts in its investment and digital bank platform.

Husky ‘s strong market presence was pivotal for the two companies to reach an agreement. The company founded in São Paulo by Tiago Santos (current CEO) and Maurício Carvalho (CTO) is 100% boostrapped and has already moved through its platform over $2.7 BRL.

Founded in 2019 by former iFood co-founder Patrick Sigrist, Marcos Nader (Hub.live) and Eduardo Haber, Nomad is becoming along side Avenue Securities, recently bought by Banco Itaú-Unibanco, the de facto standard for Latin Americans to invest in the U.S.

The parties have not disclosed the value of the transaction but it is known that Nomad is paying for 100% of Husky part in cash and part in equity.

As fintech Nomad buys Husky, the Brazilian fintech has acquired better capabilities to go head-to-head against its main competitors in the space. The end of the pandemic has prompted a huge flow of Brazilians returning to their day-to-day businesses in the United States which prompted Nomad and its main competitor Avenue to expand their financial services.

The Latin America Chambers 2023 and Legal 500 TozziniFreire is a full service law firm and one of the most traditional firms of Brazil with headquarters in São Paulo and offices in Rio de Janeiro, Brasilia, Campinas, Porto Alegre, Caxias do Sul and New York.

The author of  Latin America’s Investment Boom and the Pitfalls of American Jurisdiction, Silicon Valley partner Andre Thiollier, represented Nomad, and led the Foley’s legal deal transaction team structuring the U.S. and international aspects of the transaction with contribution from Ashley Lee and Nicholas Fletcher.

The Am Law 50 Foley & Lardner is a US-based full service global law firm with over 27 offices around the globe. The firm has boosted its legal service to Latin America last year being ranked today as one of the top U.S. firms supporting the region.