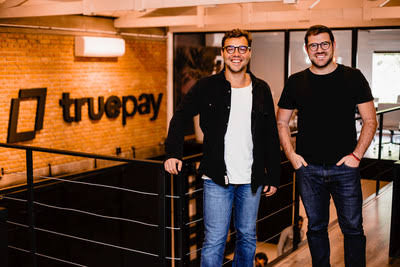 TruePay Uptick Series A round was led by Addition and co-led by Kaszek, Monashees, GVC and ONVEC

TruePay, a Fintech startup which is the B2B buy-now-pay-later innovative payment solution that helps small and medium sized retailers have free and secure access to credit, has raised $32 million in Series A funding led by Addition. TruePay Series A investment is one of the largest ever made in Brazil.

The funds will be used to improve the company’s innovative credit solution, increase capacity and expand TruePay’s team. TruePay has been growing at a rate of 100% a month, and is expected to grow tenfold by the end of 2022.

In September TruePay had already raised a seed round of $8,5 millions with some of the investors which participated on this Series A round.

In financing the retailer chain with innovative technology solutions, TruePay was able to take over the gap between the merchant and the banks. TruePay uses the account receivables of the retailers as a collateral to in turn finance them so that the retailer chain can buy products with extended payment deadlines at the same time as allowing them better and longer credit lines.

It seems that TruePay Uptick Series A has solid grounds as it has a huge growth capability in this market gap TruePay positioned itself.

If you find a gap, you go for the gap and you take it. And, TruePay has done just that.

Founded in December 2020, TruePay has clients in the thousands and a merchant base throughout Brazil. The company expects to have a turnover of BRL $1 billion+ by next year.

Cooley LLP acted as legal counsel on US law to TruePay. Cooley LLP is a full service US Global law firm with headquarters in Palo Alto, California, and with 16 offices around the world.