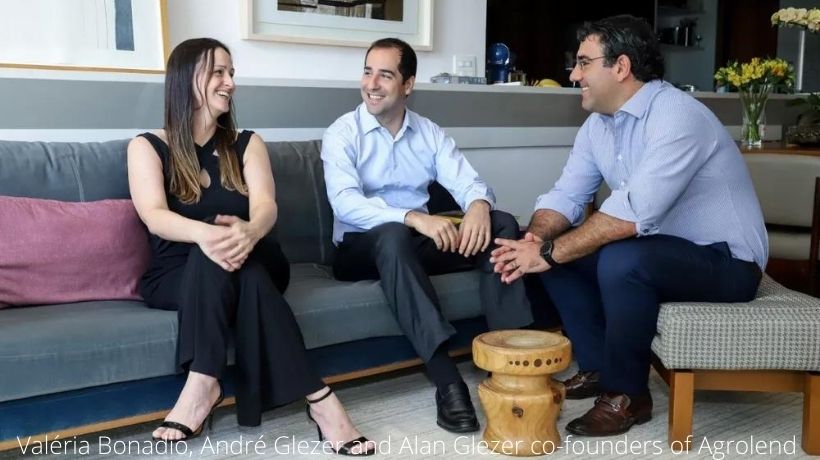 As Agrolend raises $14 Million in equity finance, this marks the inicial of a battle for the investment in the credit farming business in Brazil as SoftBank’s first agriculture-related investment was just announced last week

Using advanced technology and innovative credit analysis, Agrolend offers loans to farmers with no physical collateral. And, in doing so, the startup can bypass the inaccessibility problems of the incumbent Brazilian traditional banks.

The farming sector of Brazil has always been dependent on the traditional banking industry and on bureaucratic governmental financings, in both cases with technologically deficient models specially to validate credit worthiness and setup collaterals.

Ag Fintechs have identify those problems and stormed the market with creative solutions that service farmers with fast, cheap and secure financial products, and in the case of Agrolend with no physical collaterals.

The venture capital players saw the opportunities that these solutions can bring to disrupt the traditional farming credit industry in one of the largest producer and exporter of agricultural and farming goods in the world.

That’s why giant conglomerate Softbank was the first major player to jump in this new disruptive-rural-credit-wagon with the announcement last week of a major funding to TerraMagna in a transaction part equity and part debt in the amount of $40 million.

But, Agrolend’s round is backed by traditional brick investors which may bring substantial advantages to the company as Agrolend raises its $14 million Series A equity finance and moves forward to a more aggressive credit strategy to rural Brazil.

After all, the Agribusiness is a key driver of growth in Brazil, accounting for a third of the country’s GDP, and it needs innovative financing instruments. And, Agrolend is delivering on it.

Agrolend was founded in December 2020 and raised two contributions in less than 1 year. Just 2 months after being incorporated, the startup obtained BRL $10 million in a seed investment that had the participation of 35 investors – 5 of them institutional. And, in October 2021 the company raised another BRL $40 million through a Credit Rights Investment Fund (FIDC), in which Itaú Asset — the asset management vehicle of Banco Itau (NYSE: ITUB) –, Verde Asset and Augme Capital participated in.

“Despite being conservative, rural producers are extremely adept to technology in farming. But to apply for a credit, they only have one traditional banking chain as an option. So when we take something innovative and adherent to their reality, we can scale the business,” says Andre Glezer, CEO and co-founder of Agrolend.

The entire credit request and approval process is online and can be done via cell phone. Agrolend’s platform performs a risk analysis based on the producer’s social security number, which generates a score to define the credit limit. According to the company, the request, the risk analysis, and the final approval of the credit are made in less than five days.

The process is all done through mobile devises using the company’s Apps.

Agrolend plans to invest its Series A round in three fronts: improving the platform’s technology and credit offering model, growing its team to up to 200 people by the end of the year, and expanding its credit offer.

The Theatre of Operations for the tech rural credit warfare may not be fully settled as other players will certainly move into the space. And rightly so, for there is a huge ground to be covered in the coming years.

In 2021 the firm made a major leap into the M&A Venture capital services from its Palo Alto and San Francisco offices, which has placed it at the top US firms servicing Latin America and specially Brazil.

Wilson Sonsini  acted as US legal counsel to Valor Capital.