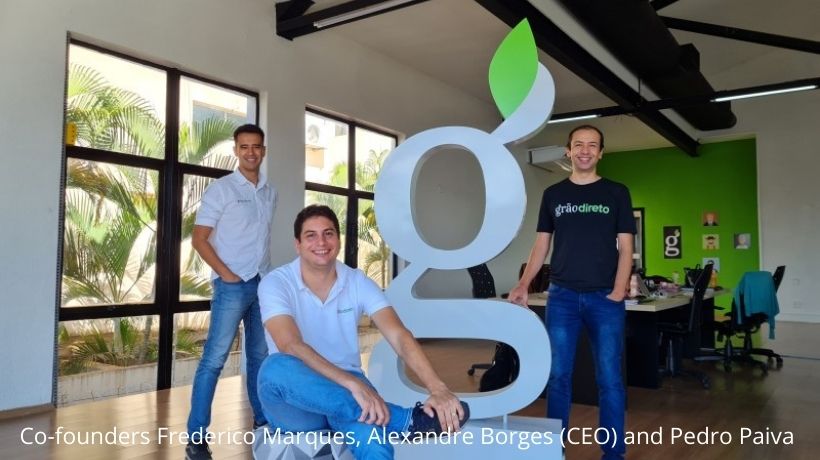 The deal signals a major seal of approval for Grão Direto, the Brazilian marketplace that reinvented grain trading

The round in which Grão Direto lands its Series-A2 represents a major seal of approval for the Brazilian digital marketplace by bringing yet more major international and local agribusiness powerhouses to its turf, as Grão Direto‘s Series A had the backing of Saint Louis-based Monsanto, currently Bayer, in 2018. Grão Direto has also been backed by investment funds Canary, Lanx Capital, Leaps by Bayer, OpenVc and Barn Investimentos.

Grão Direto was founded in 2016 with the purpose of digitizing the agricultural commodity chain, helping farmers and buyers to transact in a more efficient, safe, and electronic way, generating a high efficient integration for the entire market. In addition to supporting the marketing of agricultural goods, the company provides unique information on the grain market, in customized reports and news . Grão Diretor was founded by co-founders Alexandre Borges, Pedro Paiva e Frederico Marques.

About Grão Direto’s Closing of its Series-A2 Round

To scale the operation, Grão Direto raised about $8 million (BRL $40 million) in its third round of investments in a Series A-2 of investment. According to Alexandre Borges, the AgTech CEO, “[the startup] will bring other strategic partners in new rounds of investments. The idea is to have diversity with the entry of rural producers as well”. “More important than control is to maintain neutrality and independence”, concludes the CEO.

The conclusion of the transaction is contingent upon approval from Brazil’s CADE, the antitrust Agency of the country.

The author of What is Driving Increasing Investment in the AgTech Sector and Latin America’s Investment Boom and the Pitfalls of American Jurisdiction, Silicon Valley partner and Latin America specialist,  Andre Thiollier represented the Investors Cargill, Louis Dreyfus Company, ADM – Archer Daniels Midland Company and Amaggi Agro, and led the Foley’s legal deal team structuring the U.S. and international aspects of the transaction with contribution from corporate associate Cayman Weimer.