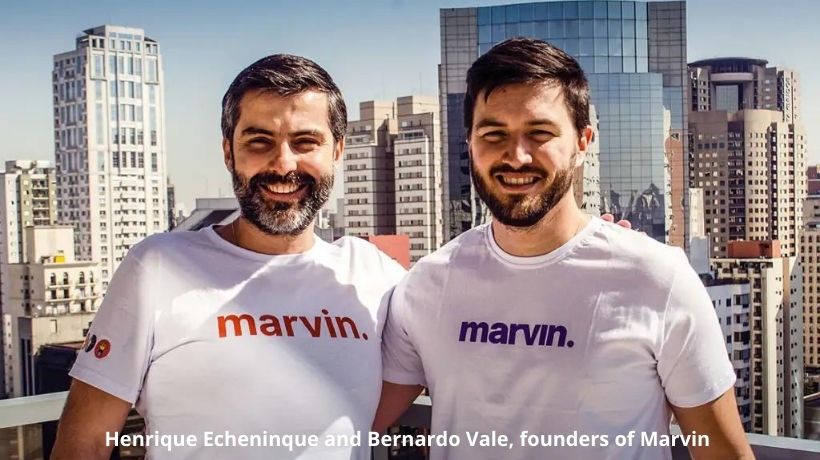 Brazilian Fintech Marvin lands Series-A of $15 million led by American early venture capital fund Canaan, which has more than 70 IPOs and 140 plus M&A exists on its track record. The deal, announced today, was joined by Investment funds Canary and Mauá Capital.

Marvin was founded in 2020 by Henrique Echenique and Bernardo Vale and is poised to revolutionize the credit card receivables market by using the credit generated in credit card transaction payment terminals or POS as collateral for companies and retailers’ working capital and short term loans, so as to finance the their businesses.

For founder Bernardo Vale the main advantage for retailers is the by-pass on the anticipation fees charged by POS operators, which today charge about 4% per transaction. Marvin does not charge a dime from the point of sales as these costs are borne by the contracting company and not by the retailer.

As Fintech Marvin lands its Series-A, the company plans to use the funds to attract new talent and expand the Marvin payment system throughout the country.

Despite the strong correction currently going on in financial markets, Marvin has attracted heavy weight investors to its turf as proof that the startup business model will payoff big in the future.

The author of  Latin America’s Investment Boom and the Pitfalls of American Jurisdiction, Silicon Valley partner and Latin America specialist,  Andre Thiollier, represented Marvin, and led the Foley’s legal deal transaction team structuring the U.S. and international aspects of the transaction with contribution among others from Cayman Weimer, Nicholas Fletcher and Alex Hernandez.

Gunderson Dettmer is a full service law firm with nine offices around the globe. The firm is highly recognized as a top U.S. law firm for its work in Latin America.

Pinheiro Neto is one the most traditional full service law firms of Brazil. Pinheiro Neto is headquartered in São Paulo with offices in Rio de Janeiro, Brasilia, Palo Alto and Tokyo

Nomad Raised $32 Million to Reach One Million Accounts in the U.S.