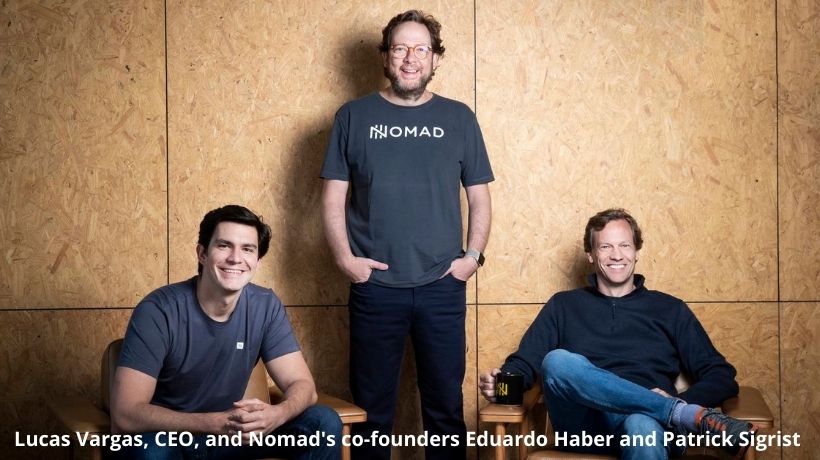 U.S. Manhattan-based Stripes led the round

Brazilian fintech Nomad raised $32 million in an investment round led by Manhattan-based Stripes to reach 1 million accounts in its investment and digital bank platform servicing mainly non-U.S. residents. The round set the company’s valuation at BRL 1 billion.

Despite the steep market decline specially hitting fintechs, the Brazilian digital bank shows incredible resilience and a flawless execution of its business plan by reaching 1 million accounts and bringing to its turf Manhattan-based asset fund Stripes with $7.6 billion under management. Stripes has under its portfolio the e-learning platform Udemy, the famous pet food brand Stella & Chewy’s and the crowdfunding platform GoFoundMe.

Founded in 2019 by former iFood co-founder Patrick Sigrist, Marcos Nader (Hub.live) and Eduardo Haber, Nomad is becoming along side Avenue Securities the de facto standard for Latin Americans to invest in the U.S. The huge prospect of this market rapidly growing market has attracted investment Brazilian powerhouse and bank XP (NASDAQ: XP) which announced just last week its intention to make available its platform by the end of 2022 to Latin American retail investors to invest in the U.S.

Newly appointed CEO Lucas Vargas, a board member of GetNinjas, told the press that the Company will use this latest source of funding to invest in new technologies, launch new products and expand the operational team.

The author of  Latin America’s Investment Boom and the Pitfalls of American Jurisdiction, Silicon Valley partner and Latin America specialist,  Andre Thiollier, represented Nomad, and led the Foley’s legal deal transaction team structuring the U.S. and international aspects of the transaction with contribution among others from Nicholas Fletcher.

The investors used their own internal legal teams in support of this transaction.