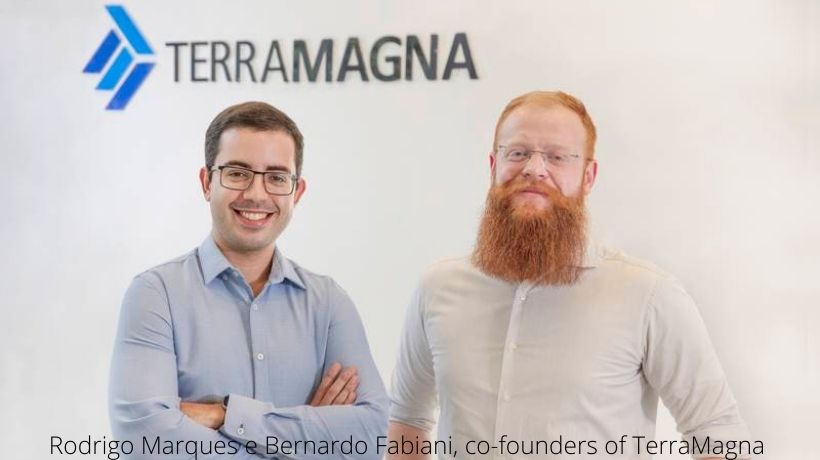 Brazilian credit rural Fintech TerraMagna said on Wednesday (12) it raised $40 million in debt and equity funding in a round led by Softbank Group International Latin America Fund and Shift Capital to expand its regional presence and diversify its offering of financial products.

TerraMagna, which offers loans in partnerships with distributors and industries that already have a long-term local relationship with small and medium-sized farmers, did not give details on its valuation. But the company said that its credit portfolio reached $120 million last year, more than 10-fold higher than in 2020.

Bernardo Fabiani (CEO) and Rodrigo Marques (COO), co-founders of TerraMagna, are experienced entrepreneurs coming from the world renowned technological institute and hub of Brazil, ITA – Instituto Tecnológico da Aeronáutica, with Marques being an alumni himself of the MIT – Massachusetts Institute of Technology.

This is the first time SoftBank is investing in a company with farming-related activities but it doesn’t seem to be the last, knowing the ability of the Japanese conglomerate to identify underfunding sectors and industries.

The farming sector of Brazil has always been dependent on bureaucratic governmental financing and on the traditional private landing industry which is technologically deficient specially to validate credit worthiness and setup collaterals (on this subject, see Agrolend Raises $14 Million All-Equity Series A Led by Valor Capital).

That is where TerraMagna shines with its sophisticated tech model which uses a host of data sources to underwrite a farming loan such as satellite imagery, climate data, governmental data regarding environmental certifications and guidelines. This technological advantage gives the company the ability to provide for faster, less expensive, and secure financial products to the farming industry.

Fabiani and Marques launched TerraMagna in 2017 and by 2019 they had conceived the current model. The company has 110 employees, and as TerraMagna raised its $40 Million it plans to use the funding to grow even further TerraMagna’s technological advantage and increase its sales team.