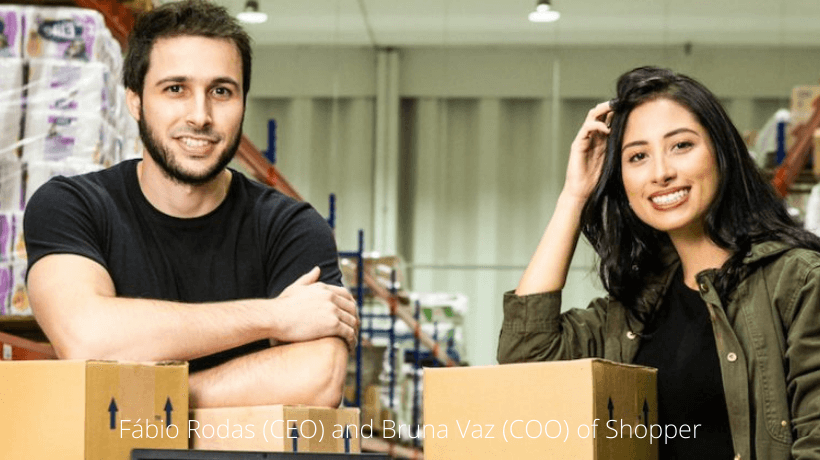 Shopper, an online supermarket platform, receives a new investment announced yesterday (13) in the amount of $30 million. The round was led by Singapore’s sovereign fund GIC. Shopper Series C investment takes place just six months after the last round of a Series B investment for $20 million. In total, the startup raised approximately $51 million in 2021.

The new round also featured the participation of investors which joined the first Series such as Quartz, of José Galló, Chairman of Renner, Minerva Foods, Oikos, and Floating Point based in NY.

Founded in 2015 by Fábio Rodas (CEO) and Bruna Vaz (COO), Shopper is based on the concept of Scheduled Purchase model, a system that aims at reducing waste, increasing predictability and recurrence. “In 2021, we captured more than 30 times what we raised in the first five years of Shopper” said Fábio Rodas in a statement to the press.

“We are excited about the partnership with GIC. As an investor who thinks about the long term, they are extremely aligned with our vision and purpose” says Bruna Vaz. “Since 2015 we have been able to transform the supermarket industry. It is one of the most complex and challenging sectors to promote real ruptures, for sure. But with long-term thinking and consistency, we believe it is possible,” concludes the COO.

2020 was a kind of turning point for Shopper. The e-commerce boom driven by the COVID-19 impacted specially the food sector and the startup saw its demand grow to such an extent that it needed to stop the grocery shopping and delivery service for three weeks to restructure the operation to handle the new volume of orders.

Now, with the newly raised Series C round, Shopper plans to reach 120 cities in the state of São Paulo and to debut in Rio de Janeiro next year. Part of the capital will also be injected in technology, in hiring to triple the team, currently about 1,000 employees, and in new customers acquisition. The startup plans to reach 1 million registered users by October 2022.

Shopper Series C investment will help the company prove its business model to the market.