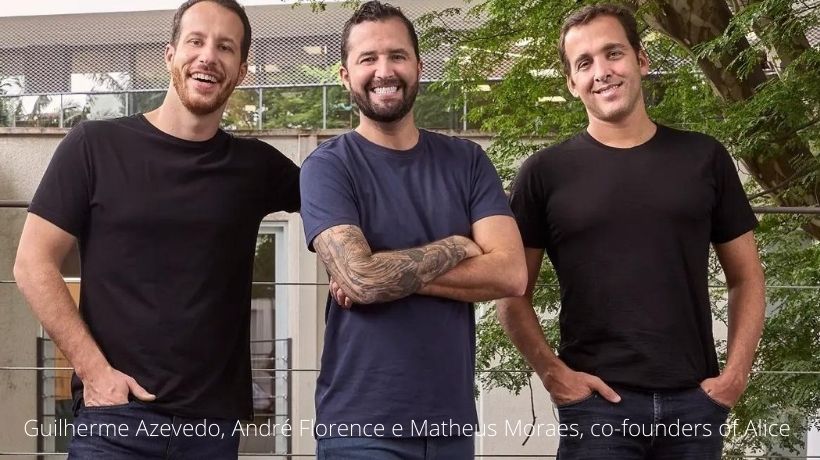 Alice, a Brazilian healthtech, raises $127 million as the year ends with the largest contribution ever received by a healthtech in Latin America.

The Series C round was led by Softbank and joined by previous investors Kaszek, ThornTree Capital Partner, Allen & Co., G. Squared, Globo Ventures, StepStone. Non-participants in this round such as Maya Capital, Canary and Endeavor Catalyst will remain shareholders of the company.

“The round with these investors shows that we are on the right track to think about health management with a focus on long-term results, without seeking shortcuts,” said André Florence, CEO and co-founder of Alice.

The other co-founders are entrepreneurs Guilherme Azevedo (one of the founders of Dr. Consulta) and Matheus Moraes, head of operations at heathtech. Florence and Moraes were at the forefront of the first Brazilian unicorn 99, as chief financial officer and operations director, respectively.

What’s next for Alice

With the new funds the startup will accelerate investments in technology and start its operation aimed at small and medium-sized corporate customers. An initial step was taken last November with the acquisition of the startup Cuidas, specialized in this segment of the market, estimated at more than 5 million members in the city of São Paulo alone.

As Alice raises this $127 million in funding, the company is poised to expand in this extremely competitive market with very complex governmental regulations.

Wilson Sonsini acted as U.S. legal counsel to Alice. The firm is headquartered in Palo Alto, California, with offices in 16 cities in the U.S. and abroad.

Holland & Knight acted as legal counsel to Softbank in this transaction. Holland & Knight is a full service U.S.-based global law firm with 28 offices in the United States and 6 offices abroad.