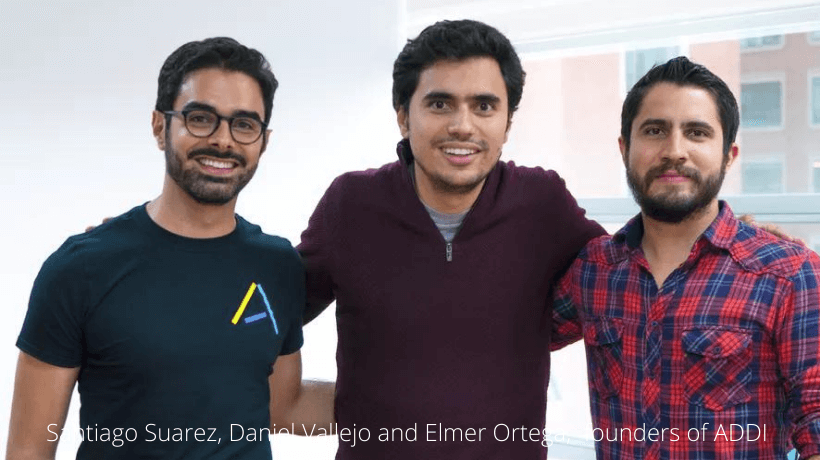 Addi, a Colombian buy-now-pay later startup, raised $200 million of debt and equity to help fuel an expansion in the region.

Addi had just closed a fundraising round in August but decided to add more capital to keep up with growth, said Santiago Suarez, the chief executive officer who co-founded the company in 2018.

Addi is benefiting from a flood of venture capital in Latin America. Annual spending on the region’s startups topped the $10 billion threshold for the first time — according to the Association for Private Capital Investment in Latin America — as major funds such as Softbank, Tiger Global Management and Sequoia Capital Operations hunt for investments.

“Business is accelerating a lot faster than expected”. “So we decided to fill up the gas tank to continue driving into 2022 without having to worry about fundraising in the near future”, said Suarez to Bloomberg.

In September Addi received a Series B of $75 million from Greycroft just short of 3 months from grabbing $65 million in debt and equity and it has now landed in Brazil’s huge credit market of consumers who do not have credit cards to finance their purchases.

Addi has been adding customers and retailers amid a boom in online sales and e-commerce which increased during the pandemic as more people shopped from home. The company, which recently expanded to Brazil, will open an office in Mexico next year and is actively considering other markets, according to Suarez.

The company had a strong year. More than 500,000 customers and 1,000 retailers are using its payment-processing system, compared to around 30,000 clients and 20 merchants a year ago, he said. It is aiming for five-fold growth next year.

The company’s buy-now-pay-later technology allows customers to pay for purchases in installments. It has also rolled out a one-click shopping feature. Addi works with large retailers such as Apple and Nike, but also small mom-and-pop stores.

Addi $200 million funding leaves the company with enough cash to make the leap into the unicorn world.

Gunderson Dettmer  advised Colombia Addi and acted as its legal counsel to this Series C round of investment.

The firm is highly recognized for its M&A Venture Capital work in Latin America as one of the top law firms in this space.