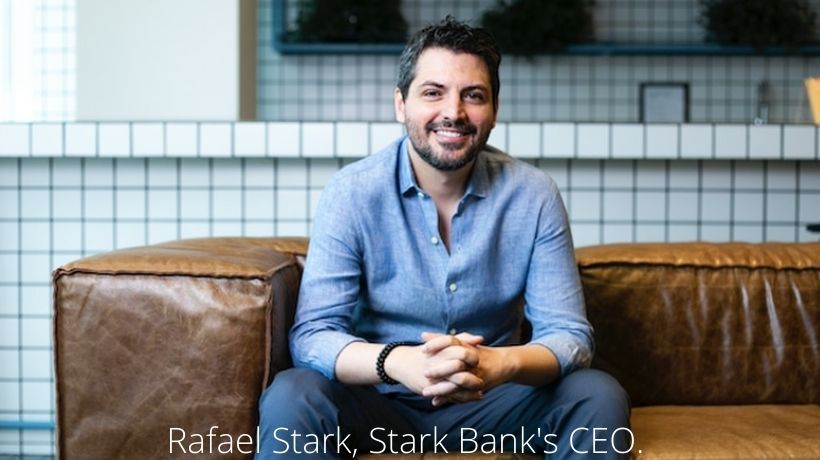 This is the second Latin America investment by Bezos Expedition

Stark Bank, the Brazilian digital bank founded in 2018 by Rafael Stark, landed its Series-B equity finance led by Ribbit Capital in a $45 million round of investment joined by Sea Capital.

The digital bank was born with the proposition to serve small and medium-sized companies but lately began to target large businesses. Today it serves more than 300 companies, including Quinto Andar, Loft, Buser, Isaac, Bitso, Daki, and Colgate.

Stark tried to pitch his startup to Bezos’ fund through the founders of NotCo – the first Latin American startup invested by the owner of Amazon – and to Maya Capital, a venture capital fund that has Lara Lemann as a founding partner.

Before Bezos, Ribbit Capital and Sea Capital, Stark Bank had already attracted important people. Just four months ago, the digital bank raised $13 million in a Series A round led by Iporanga Ventures, angel investor Lachy Groom, the K5 Global fund and Norte Capital, as well as the founders of companies such as Dropbox, Figma, Rappi, D.Local, Wildlife and Slack.

With the new fundraising, Stark Bank reached the market value of $250 million.

Wilson Sonsini  acted as US legal counsel to Stark Bank.

The author of Latin America’s Investment Boom and the Pitfalls of American Jurisdiction, Foley’s Silicon Valley partner and Latin America specialist,  Andre Thiollier represented Iporanga Ventures and led the Foley’s legal deal team in structuring the U.S. and international aspects of the transaction for Iporanga Ventures.

Beyond the Law.News was not informed of nor could it verify the name of the law firms representing or acting on behalf of other parties mentioned in this story.

UOL Edtech Acquires Qulture.Rocks in a Move to Dominate the Edtech Space in Brazil