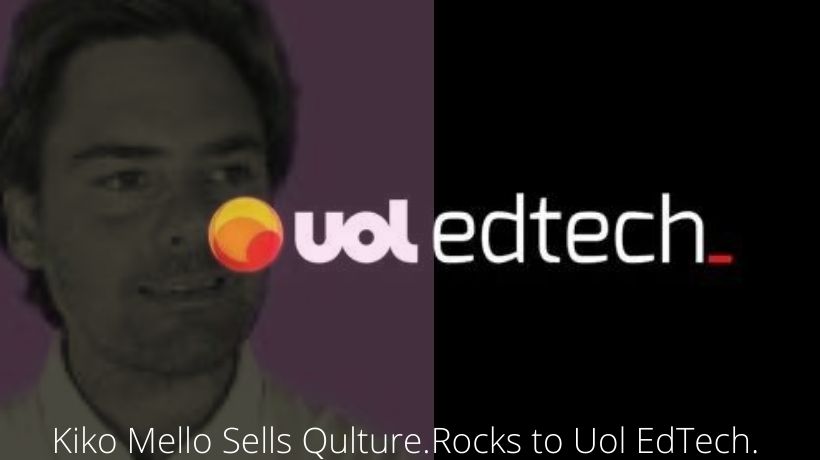 UOL Edtech is the educational business unit of one of Brazil’s largest Internet news media outlet.

The value of the transaction was not disclosed but the deal allowed the exit of all investment funds which bet earlier on in Qulture.Rocks. The main original investors were Y Combinator, the Canary investment fund and Redpoint eVentures of venture capital influencer Carolina Strobel.

Founder Francisco Homem de Mello will continue to hold a relevant equity interest in Qulture.Rocks and will remain the CEO of the company.

With the acquisition, UOL Edtech expects to close this year with a revenue of $100 million and an EBITDA at about BRL $200 million.

UOL Edtech CEO, Alex Augusto, told the press that he expects the company to be able to maintain its 40% margins with the acquisition because of his company’s proven ability to quickly increase the efficiency of acquired companies. This is the third acquisition UOL Edtech has been able to complete in the last two years.

Founded in 2014, Qulture.Rocks has about 1,000 paying corporate customers. The platform makes it easier for its clients’ managers to interact with their teams, offering feedback and gaining a complete view of how each team member is performing, as well as how they need to improve. Qulture.Rocks software architecture is very similar to SaaS Lattice model.

As UOL Edtech Acquires Qulture.Rocks the media giant is poised to fight for the domination of the EdTech market in Brazil.

The author of Latin America’s Investment Boom and the Pitfalls of American Jurisdiction, Foley’s Silicon Valley partner and Latin America specialist,  Andre Thiollier represented Qulture.Rocks and led the Foley’s legal deal team in structuring the U.S. and international aspects of the deal with contribution from associates Ethan Floyd and Stacy Smith.

Pinheiro Guimarães Advogados is a full service law firm highly regarded in the specialties of banking, financing, M&A and Venture Capital with headquarters in Rio de Janeiro and offices in São Paulo.

Other Firms Behind UOL Edtech Acquisition of Qulture.Rocks

Madrona Advogados also acted as legal counsel to this transaction. The firm has its headquarters in São Paulo.