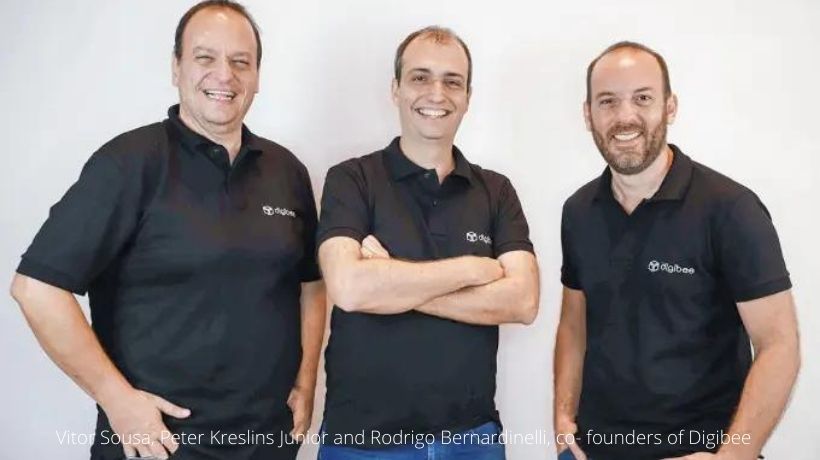 The Round had the participation of Kinea Ventures and G2D Investments

Digibee, the low-code Brazilian SAP startup that integrates large business systems into the digital world through cloud computing and server integration, raised $25 million in a Series A equity round.

The round was led by Softbank Group International through SoftBank’s Latin America Fund with the participation of Kinea Ventures and G2D Investments.

With the new investment, Digibee plans to accelerate its international expansion, especially to the U.S., but it is already keeping an eye on markets such as Chile, Peru, Mexico, Colombia and other regions of Latin America. The company ended 2021 with BRL $ 50 million of ARR (recurring annual revenue) with a growth of 213% compared to 2020.

The company has among its clients impressive names such as Banco Itaú-Unibanco, São Paulo’ Stock Exchange B3 and French mega store Carrefour.

Founded in 2017 by Rodrigo Bernardinelli, Peter Kreslins Junior and Vitor Sousa, Digibee has developed a solution to connect different systems of a client’s applications, servers, data, cloud, devices, partner ecosystems, among others.

Digibee raised its Series A $25 million round with a talented and experienced team behind the deal.

This is a powerful team to take the company to a next step of growth and market penetration specially against fierceful competitors.

“We are bringing important global market names to work with us. Our ambition is to be the largest Brazilian technology company in the world that will manage this entire interconnected network of people, systems, services, applications and software, a plan of ours since the first line of code we wrote”, says Bernardinelli.

As Digibee raised $25 million in its Series A, the market expects that the company will soon be poised to attract more investors to its ranks due to the exceptional talented management team the founders were able to bring to the company.

Coordinating the legal affairs of the deal, Digibee counted with its General Counsel Fernando Gazaffi.

Morrison Foerster acted as U.S. counsel to Softbank. The top 10 on the American Lawyer rankings, the firm has its headquarters in San Francisco servicing its clients from 15 offices in the U.S and around the world.

G2D Investments had its own in-house legal team representing the investment fund.

Investment and Accounting Advisers as Digibee Raised its Series A Round

Ernest Young and KPMG acted as investment, auditors and accounting advisers for the transaction.