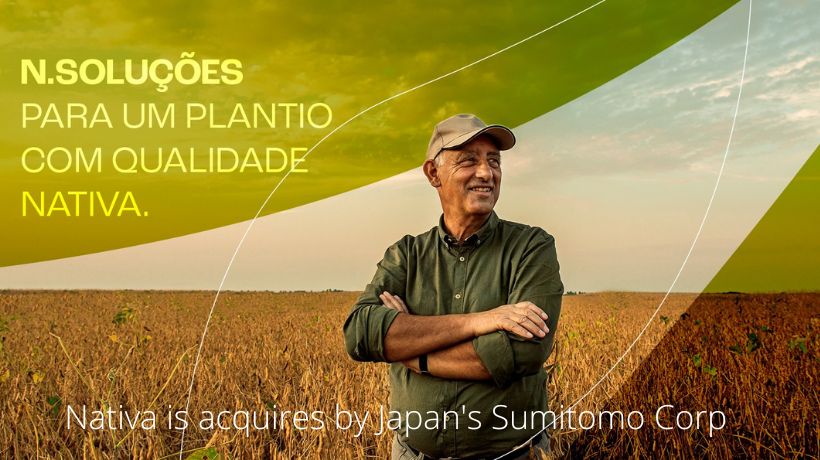 The acquisition was made through Sumitomo’s Brazilian subsidiary Agro Amazônia Produtos Agropecuários S.A.

Sumitomo‘s acquisition of Nativa was made through Agro Amazonia Produtos Agropecuários S.A., a wholly owned subsidiary of Sumitomo Corporation and is scheduled to be completed by the end of fiscal year 2022 once necessary approvals from relevant authorities are obtained. The value of the transaction was not disclosed.

Established in 2000, Nativa is an agricultural supplies distributor with eight locations and a fertilizer manufacturing facility in the state of Minas Gerais, located in southeastern Brazil. In addition to soybeans and corn, the state of Minas Gerais is a region where coffee, fruit tree, and vegetable cultivation and seed production are thriving, especially among small and medium-sized farmers.

Sumitomo Corporation is a leading Fortune 500 global trading and business investment company with 131 locations in 66 countries. The entire SC Group consists of more than 800 companies and nearly 75,000 personnel.

The 2022 Chambers Brazil and Legal 500 Bronstein Zilberberg is a full service law firm based in São Paulo and is highly recognized as one of the top M&A Venture Capital law firms in the country.

Franco Leutewiler Henriques Advogados is a full service law firm based in São Paulo with offices in the States of Mato Grosso do Sul and Pernambuco and in New York.