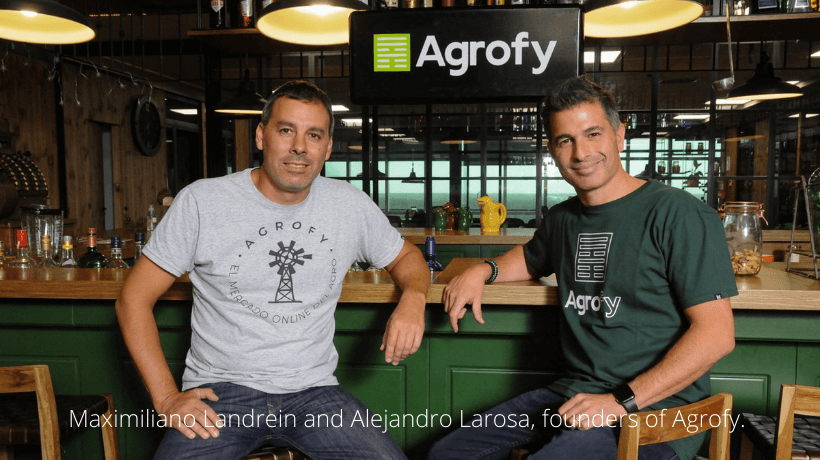 Agrofy lands $30 million in a Series C investment led by multinational Yara with a round which started in March and ended last week.

Argentine “agrofintech” Agrofy is a marketplace with 20 categories of products and services intended for rural producers, totaling about 150,000 items. In addition to Argentina, the company operates in Brazil, Colombia, Chile, Bolivia, Peru, Uruguay and Paraguay.

The round aimed at raising funds for its expansion in Brazil. Not by chance, the Norwegian multinational Yara, one of the large fertilizer companies operating in the country, was the main investor of the this round through Yara Growth Ventures. In addition to Yara Ventures, Cresud, Bunge Ventures, Syngenta Ventures, Fall Line Capital, ACRE, SP Ventures, Glocal, BrasilAgro, Capria, Endeavor, Draper Cygnus and Lartirigoyen are also in the Agrofy round of reinvestments.

Agrofy will help expand into Brazil

Agrofy has been in the market for six years and has been looking for consolidation spaces in the Brazilian market. From its first series to today, the company has raised about $66 million in investment rounds.

The latest contribution will be directed to the growth and consolidation of the e-commerce platform of products for agro, including the Agrofy Pay e-wallet and the next launch, Agrofy Créditos. The goal is to place Agrofy Pay in Brazil in the second half of 2022.

As Agrofy lands $30 million in investment finance, the company has strengthened its muscles for the next move.

Bitfy Lands $2,5 Million in Series A to Boost Its Unique Cryptocurrency Wallet Model