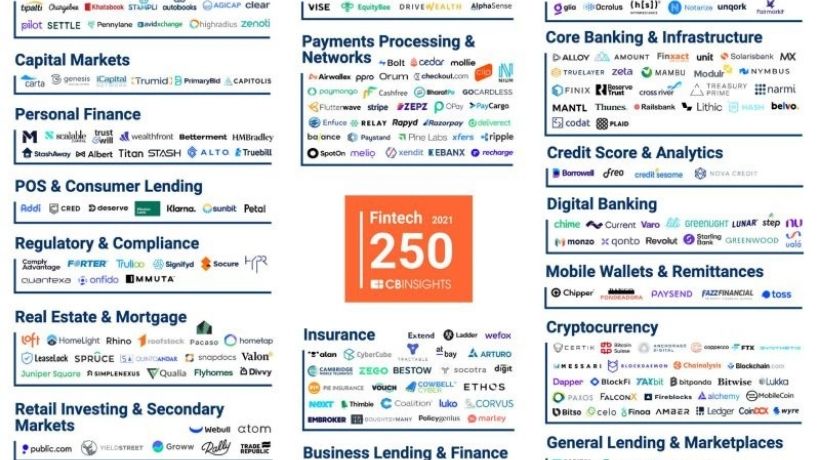 CB Insights top 250 Fintechs is out. This is the 4th annual report from early-stage startups to Unicorns the report shows 118 companies out of 250 valued at $1 billion. The report indicates that 13 of the top 250 fintechs are headquartered in Latin America.

Ribbit Capital is the most active investor with 62 deals including funding rounds in Latam of the likes of Brazil’s Nubank and Argentina’s Ualá. Tiger Global Management and Accel are neck-to-neck in second with 57 and 55 deals, respectively.

Hash. The Fintech that offers banking infrastructure to other companies raised $26.3M so far, backed by KASZEK, QED Investors, Canary.

Loft. The real estate and mortgage Brazilian Fintech raised $788 million in funding rounds, from investors such as Andreessen Horowitz, Tiger Global Management, GIC, Silver Lake. The company was valued at over US$ 2,9 billion in the last round.

Nubank. The largest neobank in Latin America has raised impressive $2,5 billion in investments so far, from top investors such as Sequoia Capital, Tencent Holdings, Tiger Global Management, Ribbit Capital, Dragoneer Investment Group, among many others.

QuintoAndar. The real state and mortgage startup has received $755,7 million in investments since its launch and it’s valued at more than US$ 5,1 billion, having among its main investors names such as SoftBank Group International, Tencent Holdings, Dragoneer Investment Group, General Atlantic, and KASZEK Ventures.

A full analysis of the report is accessible in a must-read LABS story.

Related Topics:BrazilFintechLatin America
Up Next